skip to main | skip to sidebar

Letter to the Pope

- “Where there is no honour for the eldery, there is no future for the young.”
(Pope Francis, General Audience, Saint Peter’s Square, 04 March 2015)

I am extremely thankful for your visit to the VENERÁVEL ORDEM TERCEIRA DE SÃO FRANCISCO DA PENITÊNCIA in Rio de Janeiro (Brazil) in July 2013, where my Aunt Mrs. YOLANDA GUEDES lived. Last week she passed away at the age of 91, but the strength of Your presence illuminated her life since then.

I must point out, regretably, that apparently the VENERÁVEL ORDEM DE SÃO FRANCISCO has leveraged your visit with rather more Marketing-driven than Christian-oriented motives. The remarkable publicity that ensued with the opening of a new wing dedicated to addicts hid the fact that from that moment on they would begin redirecting financial resources and premises from the elderly to the new “guests”, once the latter have significantly higher social visibility and media exposure (and financial return).

I have another Aunt (Mrs. WANDA GUEDES, Yolanda’s sister) at the age of 87, who has now been hospitalized for 75 days and in urgent need of leaving the Hospital in order to to proceed  with her convalescence, but still very much in need of direct attention from Caregivers. Despite the fact that she has paid for the VENERÁVEL ORDEM DE SÃO FRANCISCO a Lifetime Health Insurance Plan (a plan named “black wallet”), Aunt Wanda is now being refused accommodation and denied her due rights by the VENERÁVEL ORDEM DE SÃO FRANCISCO, allegedly due to “shortage of funds” and “lack of accommodation”. I know for a fact that there is accommodation, since as mentioned above, her sister passed away past week and her former room is still vacant. Regarding the financial resources, they do exist – although apparently not to honor previously assumed commitments, but only to those new activities of greater visibility... As stated J.P.Morgan, “every gesture has two reasons: one noble, another veritable”.

My Aunt’s brothers are suffering terribly with the neglect, disrespect and omission of the VENERÁVEL ORDEM DE SÃO FRANCISCO: my father Kleber (86 years old) has suffered cardiac complications due to this stress, and had to be interned; my Aunt Marluce (75 years old) is being medicated to (try to) relieve her fair indignation.

The VENERÁVEL ORDEM DE SÃO FRANCISCO charged and received a lifetime payment, and is not honoring it. They are leaving the most vulnerable – the eldery – without the coverage they paid for, and which they relied on. An unworthy and dishonorable behavior, and certainly unacceptable for a Christian institution.

And they made use of your pontifical image for that.

I lament it deeply. 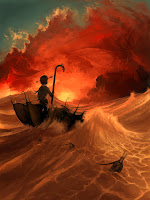